Home » Keto » Xylitol vs. Stevia: Which One is Better on a Low Carb Diet?

Sweeteners will help you enjoy your desserts on a low carb diet! So, which one should you go with: xylitol or stevia? 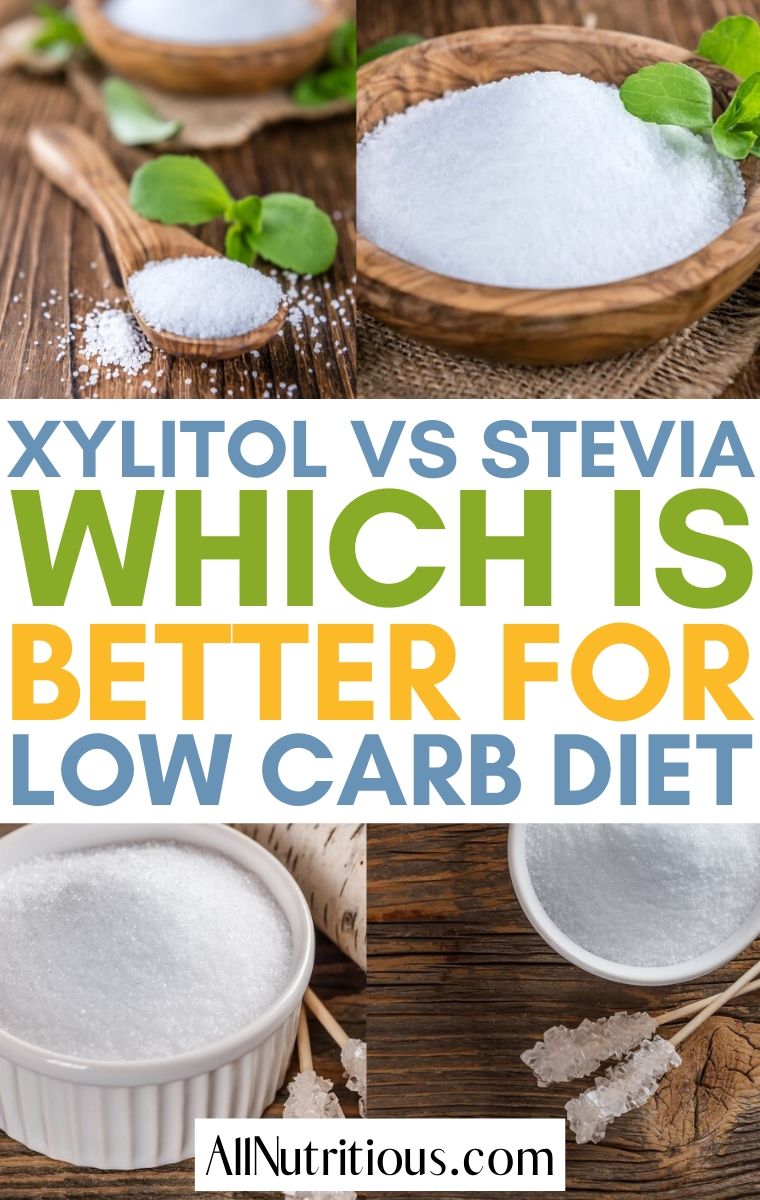 Sugar is so yummy, yet so bad for you, particularly if you’re following a low carb diet. It not only puts you out of ketosis but is bad for your teeth as well.

Xylitol and stevia are great substitutes for sugar. They are both naturally occurring, and as an added bonus, contain fewer calories than sugar.  So, which one is better for you? Well, read on! 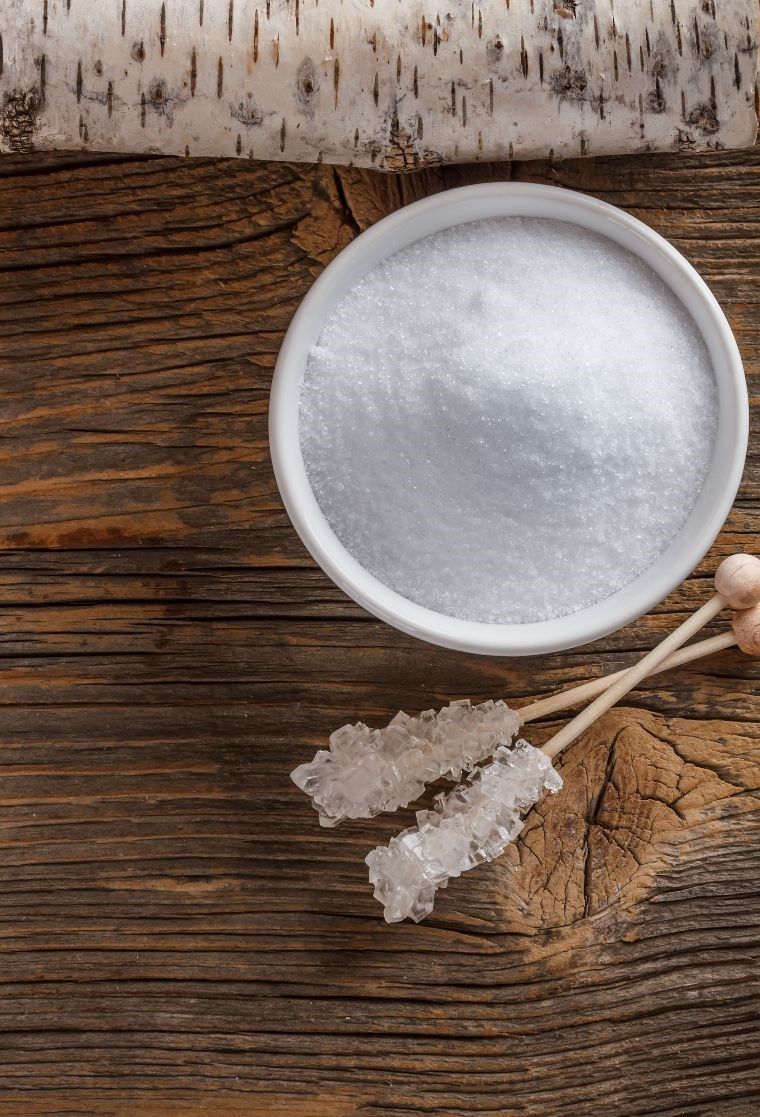 Xylitol is a sugar alcohol that is found in small amounts in vegetables and fruits, such as pumpkin, plums, cauliflower, and strawberries. It has a refreshing taste, so it’s often used in sugarless chewing gum.

It is also used to make mouthwash, toothpaste, creams, and soaps. If you’ve ever had sugar free candy before, the chances are that it was sweetened with xylitol.

Besides its use in the food industry, you can also use it at home to make your baked goods and as a sweetener for your coffee or tea.

Xylitol has been used since the 19th century and has been widely studied. It was first approved for use in the United States by the FDA in the early 1960s.

You can safely consume up to 90 grams of xylitol a day. Research even shows that even infants can consume xylitol. 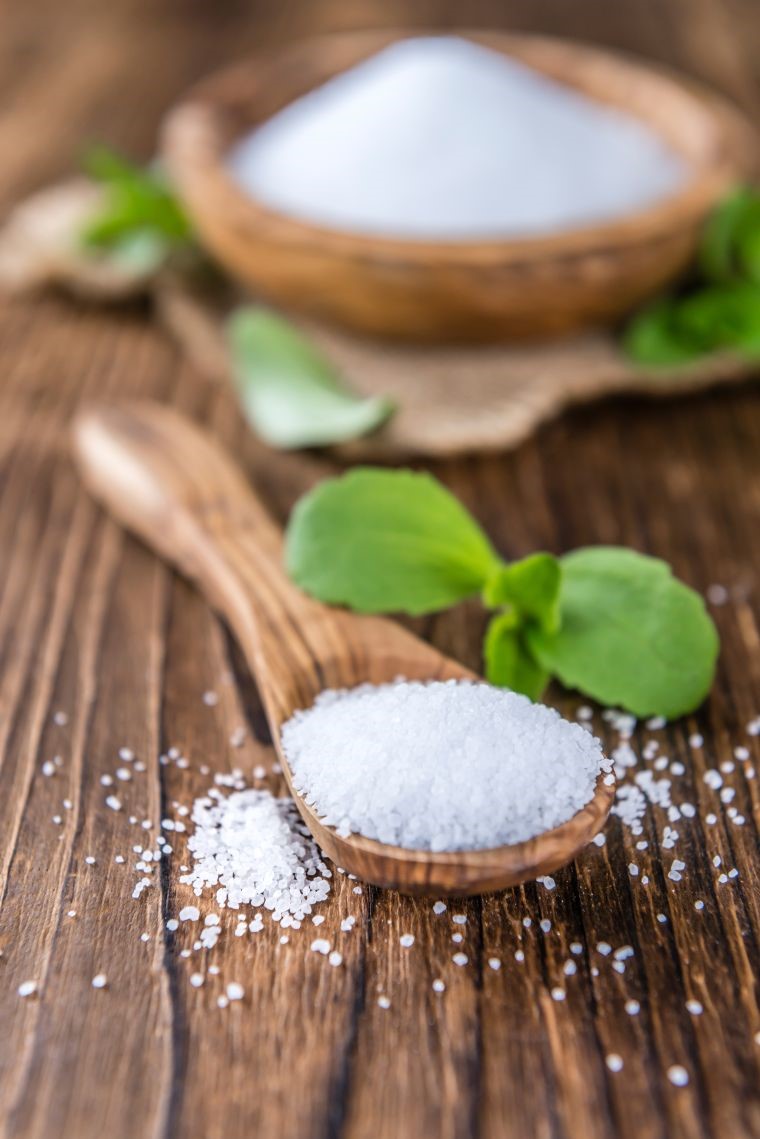 Stevia is a sweetener that comes from the leaves of the Stevia plant. Like xylitol, stevia also has a long history.

Over 200 years ago, the Indigenous peoples of South America used the leaves of the Stevia plant to sweeten their beverages or just chewed them.

The FDA generally recognizes stevia as safe. Stevia is available in packets, as well as beverages.

In terms of sweetness, stevia is about 200 times sweeter than sugar. So, you need a lot less of it compared to sugar.

It also has a bitter after taste, which some people may not like.

How much of it you can consume each day depends on how much you weigh. According to the World Health Organization, you can safely consume 4 mg of stevia for each kilogram that you weigh.

How does stevia compare to sugar nutritionally? In addition to having zero net carbs, stevia has zero calories. 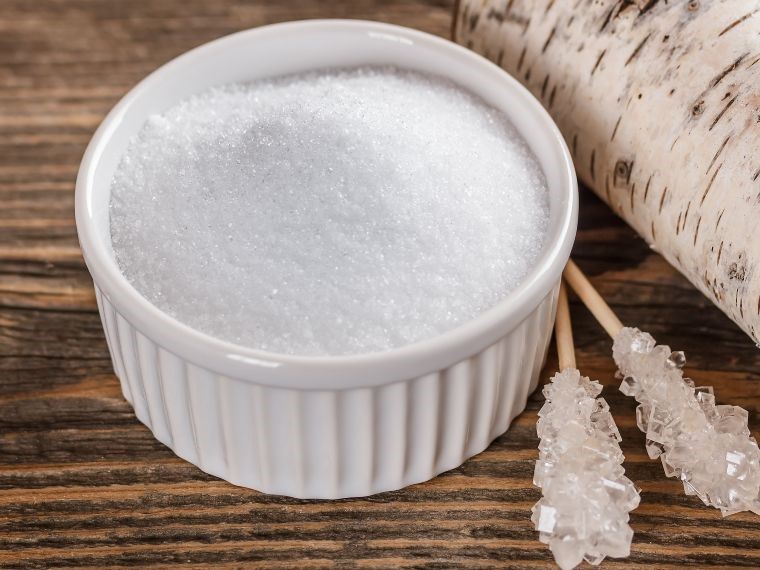 Xylitol is great for your teeth. That’s because cavity-causing bacteria are not attracted to it. And when you chew gum, this makes your saliva flow, removing bacteria.

As a result, when you chew gum containing xylitol, you may prevent cavities. Research also shows that when you chew xylitol-containing gum for a period of up to 2 weeks, you develop less plaque on your teeth. It also helps re-mineralize your teeth.

It is even good for your ears. Research shows that when you chew xylitol-containing gum, you can reduce your chances of earaches and even ear infections. This is because the act of chewing and swallowing helps clear your middle ear, while xylitol prevents bacteria from growing in the passageway that leads to your middle ear.

It also helps improve the barrier functioning of your skin and helps prevent bacteria from growing on your skin. A study found that when xylitol is applied on people with dry skin, it acts as a moisturizer. Meanwhile, when you eat xylitol, it improves the thickness of your skin, making your skin look younger.

Butyrate has many health benefits. It may help reduce your risk of colon cancer and may be useful for certain health conditions such as high blood cholesterol and resistance to insulin.

So, xylitol has tons of benefits. If you would like to give xylitol a try, I recommend this non-GMO Xylitol sweetener here. 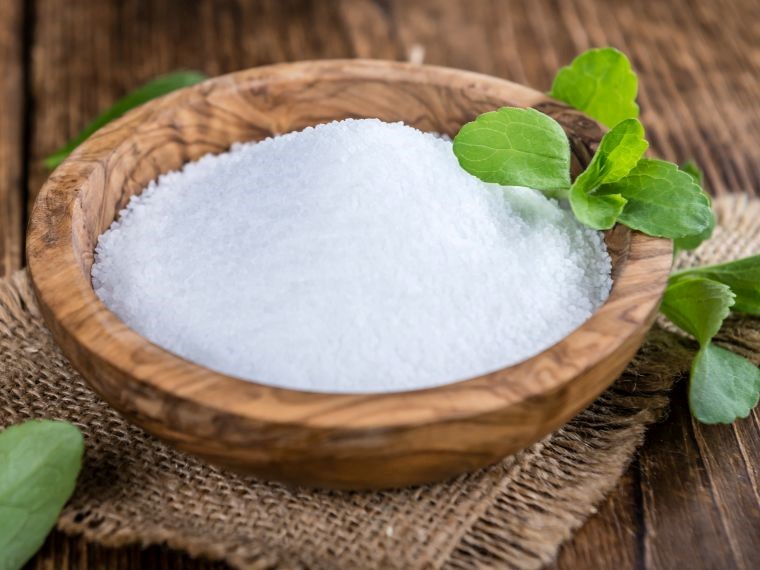 Stevia contains the antioxidant kaempferol. Kaempferol can reduce the risk of pancreatic cancer by more than 20%.

Stevia may possibly help lower blood pressure too. Stevia also helps lower blood sugar as well, so maybe helpful for diabetics. If you would like to give stevia a try, you can find some here.

Which One is Better on a Low Carb Diet?

Both sweeteners have health benefits, so which one is better may depend on your taste buds. Xylitol tastes very much like sugar and has no bitter after taste. Stevia is much sweeter than sugar. However, it has a bitter aftertaste that some people may not like.

Sugar actually has 60 Calories per tablespoon and 15 net carbs.

According to USDA it's 15 calories: https://fdc.nal.usda.gov/fdc-app.html#/food-details/380934/nutrients

I love cooking and believe that healthy meals can taste delicious! Join me on this journey of cooking!